NYCDOT Report: A Successful Year In The Bronx 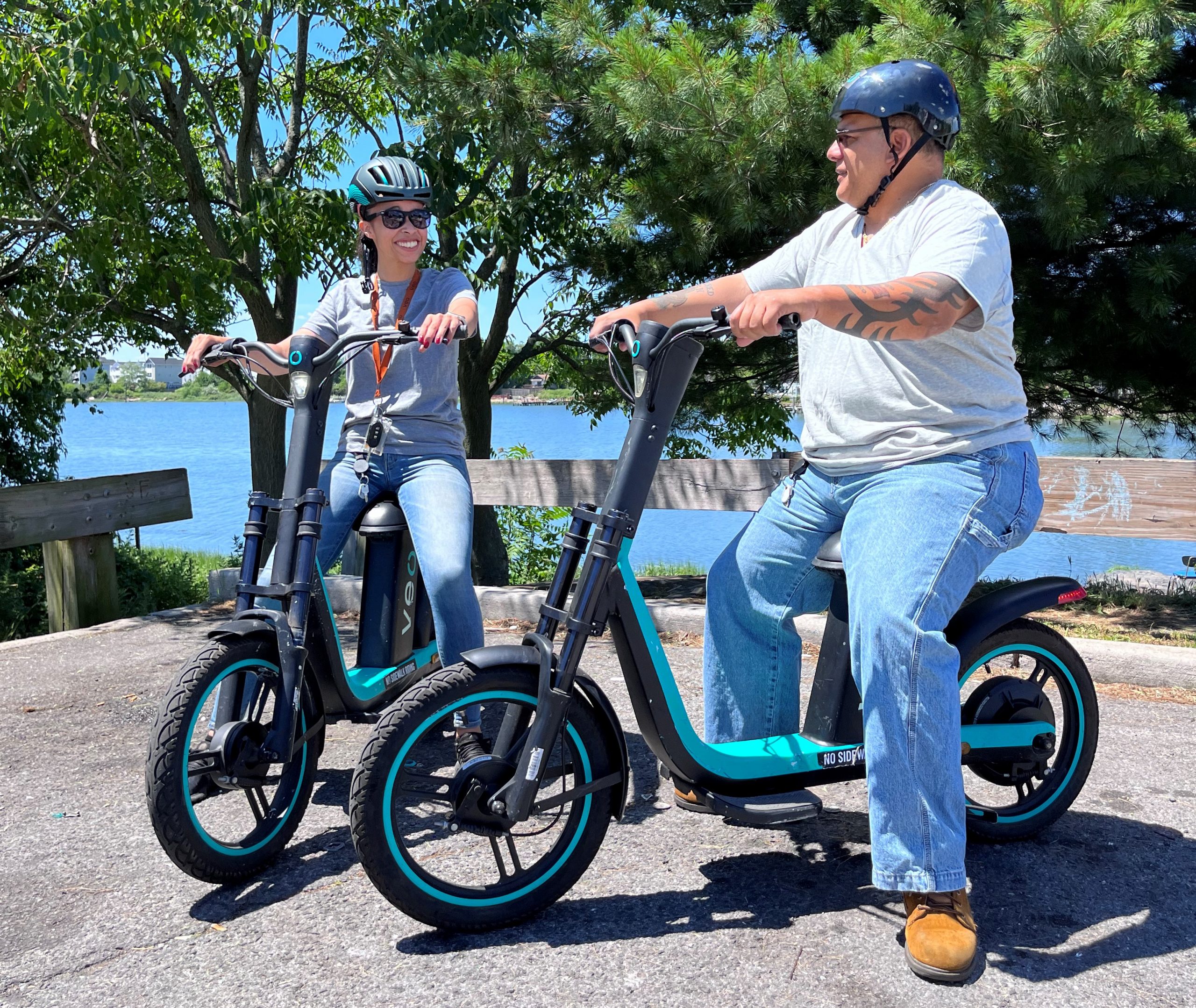 The New York City Department of Transportation (DOT) has released a report on the City’s shared micromobility pilot program. Veo has proudly served the Bronx community during the pilot period since the program’s launch in August 2021, offering a mixed fleet of Astro stand-up scooters and Cosmo seated scooters. Over the course of the pilot so far, over 1 million trips have been recorded, averaging 2,800 trips per day.

Here are some key highlights from the report:

DOT’s report also found that seated scooters help riders travel longer distances: The average riding distance for the seated scooter was 1.5 miles whereas people using stand-up scooters traveled an average of 0.9 miles. This third-party analysis underscores how the Veo Cosmo can benefit cities by allowing riders to reach more destinations, replacing trips that they might have otherwise taken by car.

Seated scooters also help increase access for people with mobility limitations. DOT’s report found that riders with mobility limitations often preferred Veo’s seated model, which has large tires and a lower center of gravity. Veo’s user research has found that many people prefer seated scooters because the vehicles are easier to balance and control and don’t require riders to stand or pedal. Veo encourages cities to offer communities mixed fleets of vehicles in order to give riders options and open up micromobility to a broader subset of the population.

Safety protocols and new bike infrastructure support a safe program: The pilot had an incredibly strong safety record. DOT and micromobility providers put protocols in place to support safety: In order to use shared scooters, riders must be at least 18 years old, complete safety quizzes, and use Beginner Mode, which slows down the maximum speed for a rider’s first three trips and limits the hours in which they may ride. Veo also hosted regular tabling events in the community where we gave away free helmets, educated riders about safe riding, and provided ride demonstrations. In addition to these safety programs, DOT started building out safety infrastructure during the pilot, including a protected bike lane on Bronxdale Avenue. Adding protected bike infrastructure is one of the most effective actions cities can take to increase safety and grow ridership in micromobility programs. Protected bike infrastructure may also deter sidewalk riding: In a DOT rider survey, some respondents said they ride on the sidewalk (a violation of program rules) because it feels safer than riding on the street.

Shared scooters are helping people connect to transit: According to the report, shared scooters, with an average trip distance of just over one mile, may be complementing transit and solving the “first/last mile problem.” Sometimes transit isn’t right at a person’s doorstep, meaning people need to walk the first or last leg of their trip or consider other options like driving. DOT’s report found that some of the program’s highest ridership corridors connected riders to transit and commercial activities. This trend was further reflected in a DOT rider survey which found that one of riders’ top trip purposes is traveling to and from transit.